Annie Walker woke up one morning in 2019 with little recollection of the night before. She had bruises on her arms, legs, wrist and lower abdomen.

“But I literally had no idea what had happened,” she said. “And, for days, I was trying to put the pieces together.”

She knew she had gone to a Sacramento, California, bar and restaurant with a group of people, and she remembered drinking there and being left alone with the man she’d later identify as her rapist. But not much else.

Memories she couldn’t summon that first morning gradually came into focus over days and weeks, she said. The emerging details included what the man had been wearing, and the way he shoved her against the bar. One week after the attack, she reported the crime to the Sacramento County Sheriff’s Department.

Then, in the days after making the report, another wave of memories surfaced — she recalled, vividly, that the man had raped her and had a weapon.

The detectives gave her a hard time, she said, when she called to report that she had remembered that her attacker had a gun. The Sacramento detectives assigned to Walker’s case didn’t seem to understand why she couldn’t remember all the details right away.

Sexual assault survivors say interactions with law enforcement can be so intense, and so unsympathetic, that they add secondary trauma. Reporting a rape can be especially traumatic when officers cast doubt on victims’ stories.

But it doesn’t have to be, say scientists and scholars of criminal justice. If police gain a deeper understanding of what’s going on in the brain during and after a rape, they can change the way they approach rape cases and avoid making survivors feel blamed or disbelieved.

Scientists who study trauma and memory say it’s common for sexual assault survivors — as well as survivors of other serious traumas — to be unable to recall an attack fully. They might remember certain facts but not others, or struggle to recall events in the correct sequence.

When law enforcement officers aren’t aware of the neuroscience of trauma, or have no training to deal with it, there’s a tendency to dismiss or disbelieve victims who experience memory gaps, according to scholars and advocates for sexual assault survivors.

“There’s a real danger when investigators are asking people for information that was never encoded or has been lost,” said Harvard University psychologist Jim Hopper. “They can stress out the victim, leave them feeling misunderstood, incompetent, not wanting to further engage with the investigation.”

Walker’s alleged perpetrator was never arrested. And she’s still frustrated with the way detectives put pressure on her to remember details during the investigation. 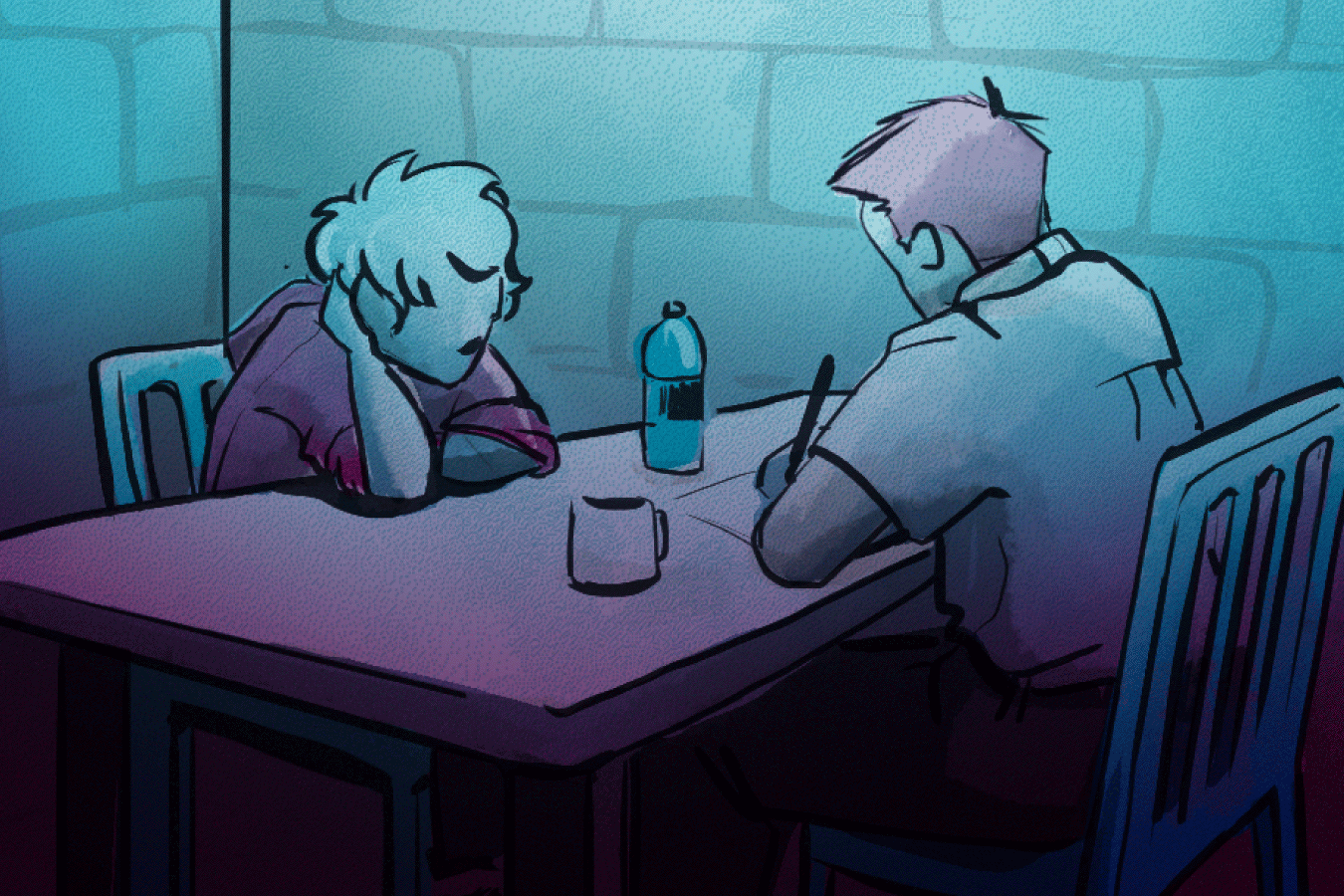 The Brain in Survival Mode

When confronted with a crisis, the brain often activates its “fight, flight or freeze” response. In these scenarios, the brain’s “defense circuitry” takes over, explained Hopper. The prefrontal cortex, which is responsible for logical decision-making, is no longer in control and, instead, the areas of the brain responsible for scanning for danger take charge.

“And that’s what people are running on” when trauma happens, Hopper said.

Some people respond by mentally “dissociating,” or disconnecting from their physical selves. That survival response affects the ability to absorb what’s happening around them, Hopper said.

Studies on memory and recall during a traumatic event describe two types of details: central and peripheral. Central details are those that capture our attention and evoke emotions in the moment, such as a location. Peripheral details are those that a survivor might not have been paying attention to during the crisis, such as something the perpetrator said or whether other people were present. Central details tend to be stored more reliably and for longer than peripheral details.

Every day in courtrooms around the country, [defense attorneys] attack and question the credibility of victims of sexual assault for having the same kind of memories that soldiers have for their combat experiences.

Sometimes survivors are unable to answer what might seem like a simple question if it involves a peripheral detail like the color of the attacker’s shirt. And Hopper said that can make officers suspicious.

Hopper, who gives legal testimony in sexual assault cases, said victims are often held to unfair standards, even compared with other trauma survivors.

“Every day in courtrooms around the country, [defense attorneys] attack and question the credibility of victims of sexual assault for having the same kind of memories that soldiers have for their combat experiences,” he said.

Victim advocates and criminal justice scholars say it’s important for detectives to be open to anything a survivor might say, whenever they say it — even if those details were not available in an initial report — because the information survivors provide later can be helpful for solving the crime.

Nicole Monroe, a police detective in Elk Grove, a suburb of Sacramento, said she and some of her colleagues have gotten additional education on brain science, and it has changed the way they approach sexual assault cases.

Monroe tells victims she works with that more memories will continue to surface in the days, weeks and even months to come.

“Smells will come back. Sights will come back. When you think of these things, give me a call and let me know, so that it can be added,” Monroe said. “Because little things like that are going to make a difference.” 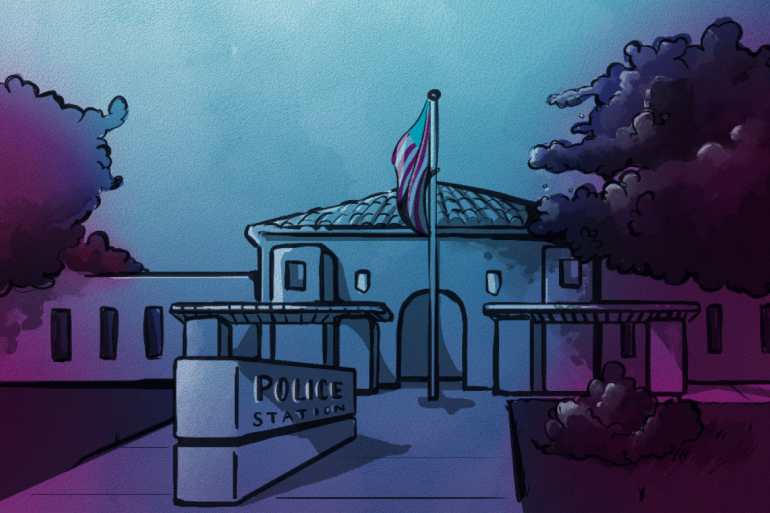 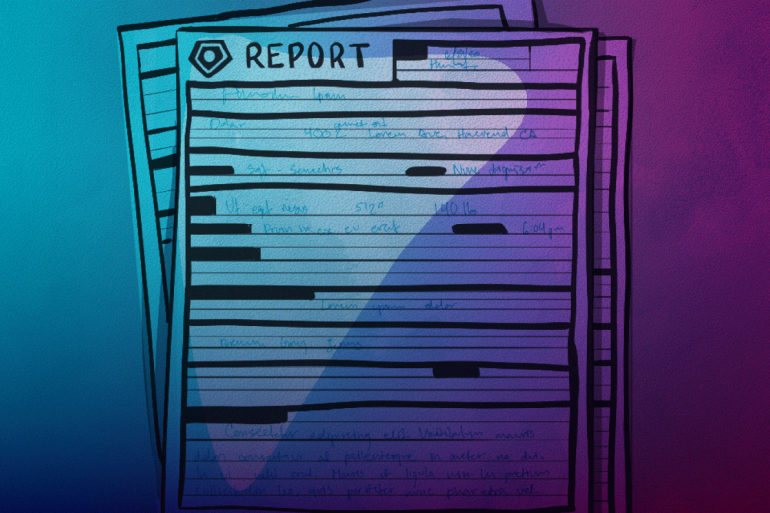 Traditionally, law enforcement officers are trained to conduct an interrogation that may involve drawing out specific details, usually in chronological order.

“The expectation is someone is supposed to come in, sit down, they’re supposed to be ready to talk, they’re supposed to know what to talk about,” said Carrie Hull, a former detective with the Ashland Police Department in southern Oregon. “They’re going to tell you what happened to them from the beginning, through the middle, and then the end. That is a very traditional understanding.”

Hull is now a consultant for police departments, and part of her work involves advocating for the adoption of a technique known as Forensic Experiential Trauma Interviewing, or FETI. The training can help law enforcement learn how to ask questions differently: with empathy, patience and an informed understanding of how a traumatized brain makes memories and recalls them. Training in the technique is available through an online course, but it’s not a mandatory requirement for most police departments.

People who take Hull’s course learn specific strategies for helping someone resurface a relevant memory that he or she may not have had access to when they first walked into the interview room. Hull said FETI discourages counterproductive practices such as paraphrasing, changing the victim’s words, interrupting or giving advice.

Hull said the overarching goal of trauma interviewing is to first “collect the dots, then connect the dots.” In other words, simply interview the victim about what happened. The sharper, more aggressive investigative tactics can wait.

There isn’t research proving that law enforcement departments who take this training solve more rape cases. But victim advocates and scholars said it’s a best practice that could make working with police a more positive experience for victims and, eventually, help bring more perpetrators to justice.

“If I had my way, every one of them would be doing this,” said Dave Thomas, a program officer with the International Association of Chiefs of Police.

Annie Walker is still struggling to recover from her sexual assault, but it’s complicated because she’s also healing from the way law enforcement handled her case. She said both police officers and survivors need more education on the way trauma affects memory.

She said if survivors knew what to expect in terms of memory issues, it wouldn’t be so frustrating. “They need to feel like the way that things are happening in their mind is normal. Normal for them.”

This story is from a partnership that includes CapRadio, NPR and KHN.

Black Family Wants to Know Why The Police Killed Their Loved One Over Toy Gun
April 19, 2021