Alphonso Harried recently came across a newspaper clipping about his grandfather receiving his 1,000th dialysis treatment. His grandfather later died — at a dialysis center — as did his uncle, both from kidney disease.

This story also ran on The Washington Post. It can be republished for free.

“And that comes in my mind, on my weak days: ‘Are you going to pass away just like they did?’” said Harried, 46, who also has the disease.

He doesn’t like to dwell on that. He has gigs to play as a musician, a ministry to run with his wife and kids to protect as a school security guard.

Yet he must juggle all that around three trips each week to a dialysis center in Alton, Illinois, about 20 miles from his home in St. Louis, to clean his blood of the impurities his kidneys can no longer flush out. He’s waiting for a transplant, just as his uncle did before him.

Thousands of other Americans with failing kidneys are also stuck, going to dialysis as they await new kidneys that may never come. That’s especially true of Black patients, like Harried, who are about four times as likely to have kidney failure as white Americans, and who make up more than 35% of people on dialysis but just 13% of the U.S. population. They’re also less likely to get on the waitlist for a kidney transplant, and less likely to receive a transplant once on the list.

An algorithm doctors use may help perpetuate such disparities. It uses race as a factor in evaluating all stages of kidney disease care: diagnosis, dialysis and transplantation.

It’s a simple metric that uses a blood test, plus the patient’s age and sex and whether they’re Black. It makes Black patients appear to have healthier kidneys than non-Black patients, even when their blood measurements are identical.

“It is as close to stereotyping a particular group of people as it can be,” said Dr. Rajnish Mehrotra, a nephrologist with the University of Washington School of Medicine. 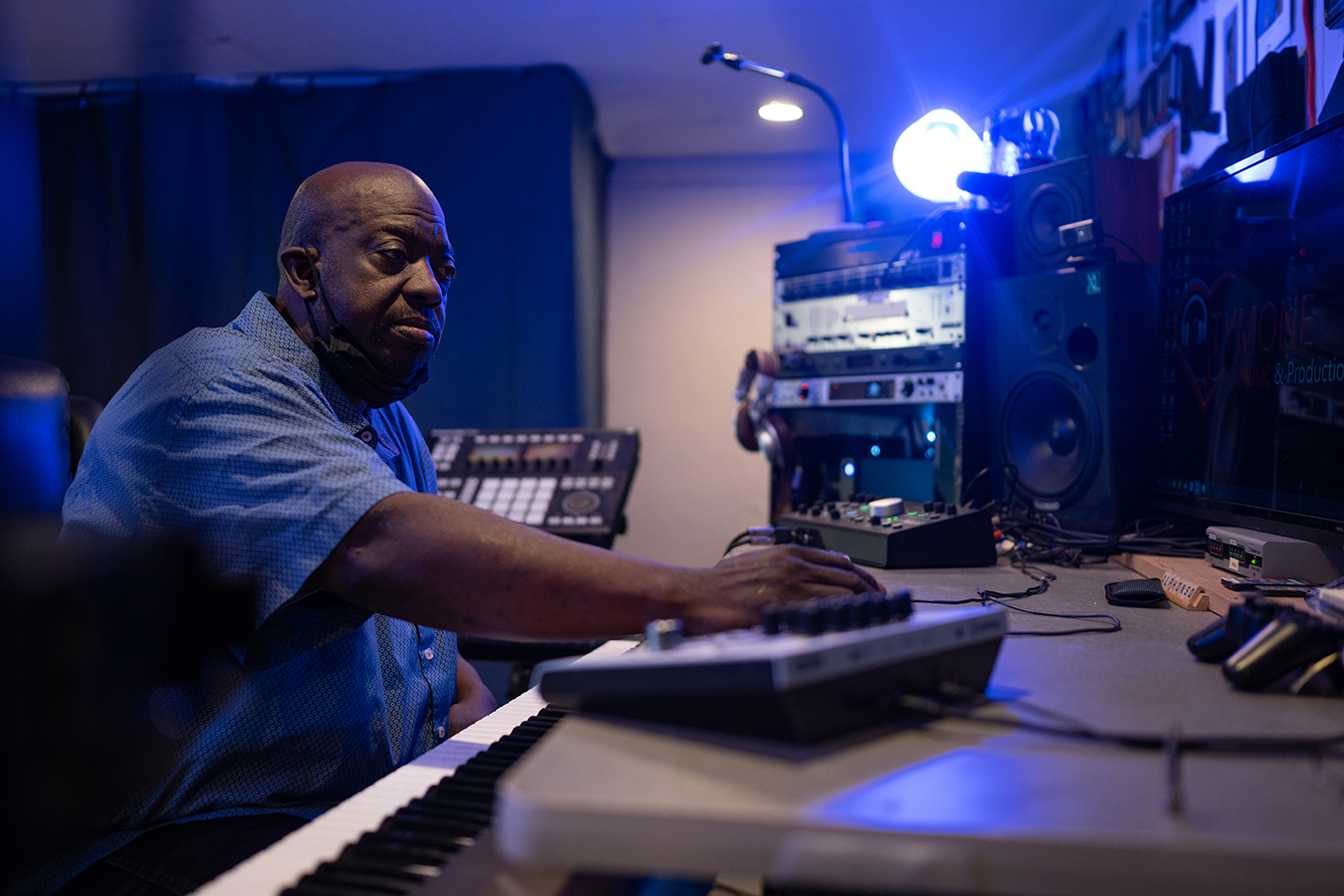 This race coefficient has recently come under fire for being imprecise, leading to potentially worse outcomes for Black patients and less chance of receiving a new kidney. A national task force of kidney experts and patients is studying how to replace it. Some institutions have already stopped using it.

But how best to assess a patient’s kidney function remains uncertain, and some medical experts say fixing this equation is only one step in creating more equitable care, a process complicated by factors far deeper than a math problem.

“There are so many inequities in kidney disease that stem from broader structural racism,” said Dr. Deidra Crews, a nephrologist and the associate director for research development at the Johns Hopkins Center for Health Equity. “It is just a sliver of what the broader set of issues are when it comes to both disparities and inequities in who gets kidney disease in the first place, and then in the care processes.”

Why Race Has Been Part of the Equation

Kidneys filter about 40 gallons of blood a day, like a Brita filter for the body. They keep in the good stuff and send out the bad through urine. But unlike other organs, kidneys don’t easily repair themselves.

“There’s a point of no return,” said Dr. Cynthia Delgado, a University of California-San Francisco nephrologist who is leading the task force working on the national recommendation to ditch the racial part of the equation.

Furthermore, it’s hard to gauge whether kidneys are working properly. Gold-standard tests involve a chemical infusion and hours of collecting blood and urine to see how quickly the kidneys flush the chemical out. An algorithm is much more efficient.

Buoyed by activism around structural racism, those seeking equity in health care have recently been calling out the algorithm as an example of the racism baked into American medicine. Researchers writing in the New England Journal of Medicine last year included kidney equations in a laundry list of race-adjusted algorithms used to evaluate parts of the body — from heart and lungs to bones and breasts. Such equations, they wrote, can “perpetuate or even amplify race-based health inequities.”

In March, ahead of the national task force’s upcoming formal recommendation, leaders in kidney care said race modifiers should be removed. And Fresenius Medical Care, one of the two largest U.S. dialysis companies, said the race component is “problematic.”

Until the late 1990s, doctors primarily used the Cockcroft-Gault equation. It didn’t ask for race, but used age, weight and the blood level of creatinine — a chemical that’s basically the trash left after muscles move. A high level of creatinine in the blood signals that kidneys are not doing their job of disposing of it. But the equation was based on a study of just 249 white men.

Then, researchers wrapping up a study on how to slow down kidney disease realized they were sitting on a mother lode of data that could rewrite that equation: gold-standard kidney function measurements from about 1,600 patients, 12% of whom were Black. They evaluated 16 variables, including age, sex, diabetes diagnosis and blood pressure.

They landed on something that accurately predicted the kidney function of patients better than the old equation. Except it made the kidneys of Black participants appear to be sicker than the gold-standard test showed they were.

The authors reasoned it might be caused by muscle mass. Participants with more muscle mass would likely have more creatinine in their blood, not because their kidneys were failing to remove it, but because they just had more muscles producing more waste. So they “corrected” Black patients’ results for that difference.

Dr. Andrew S. Levey, a professor at Tufts University School of Medicine who led the study, said it doesn’t make intuitive sense to include race — now widely considered a social construct — in an equation about biology.

Still, in 1999, he and others published the race equation, then updated it a decade later. Though other equations exist that don’t involve race, Levey’s latest version, often referred to as the “CKD-EPI” equation, is recommended for clinical use. It shows a Black patient’s kidneys functioning 16% better than those of a non-Black patient with the same blood work.

Many patients don’t know about this equation and how their race has factored into their care.

“I really wish someone would have mentioned it,” Harried said.

He said it burned him up “knowing that this one little test that I didn’t know anything about could keep me from — or prolong me — getting a kidney.” 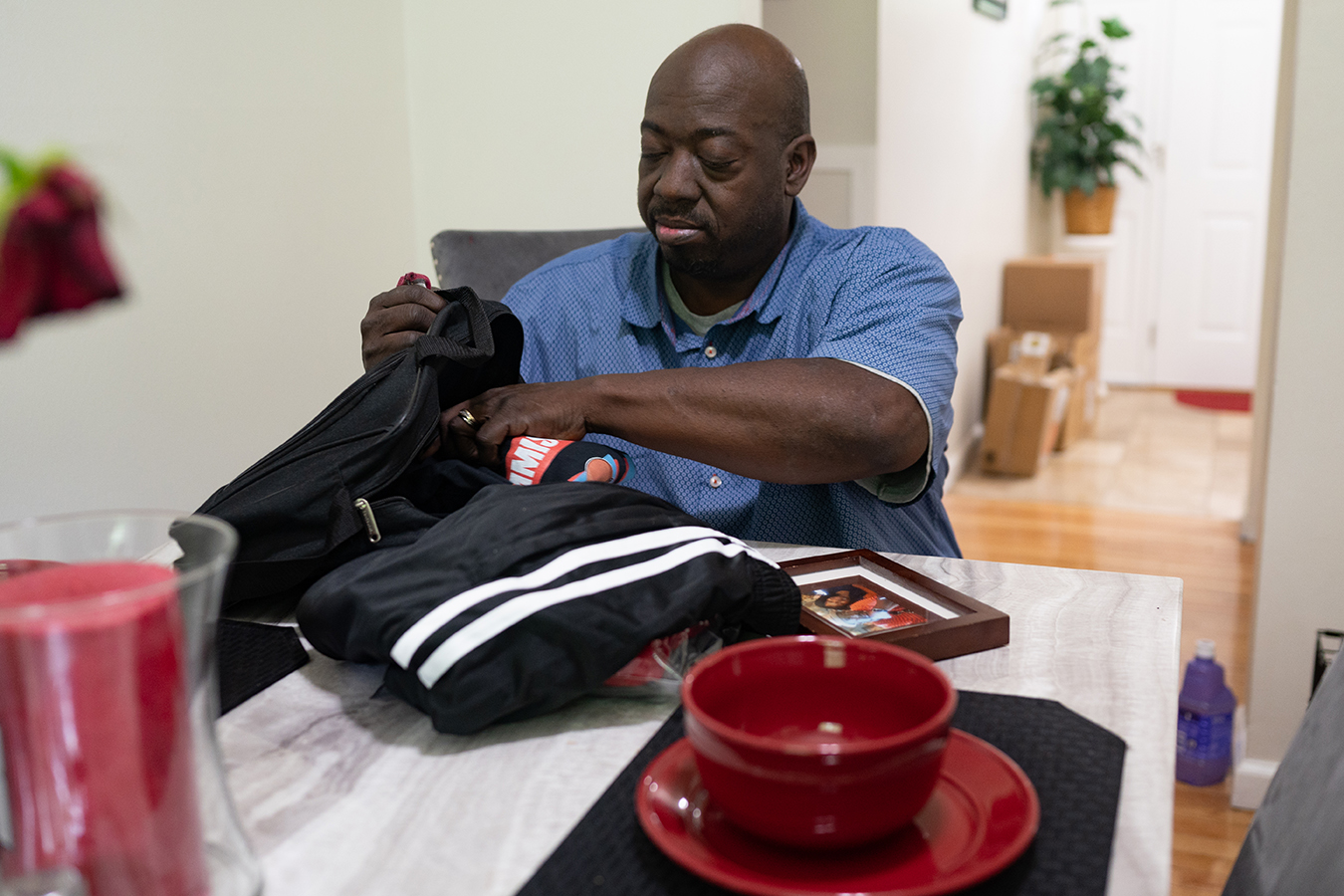 Glenda V. Roberts curbed her kidney disease with a vegan diet and by conducting meetings as an IT executive while walking. But after more than 40 years of slow decline, her kidney function finally reached the cutoff required to get on the transplant waitlist. When it did, the decline was swift — a pattern researchers have noted in Black patients. “It really makes you wonder what the benefit is of having an equation that will cause people who look like me — Black people — to get referrals later, to have to wait longer before you can get on the transplant list, but then have your disease progress more rapidly,” she said.

Roberts, who is now the director of external relations at the University of Washington’s Kidney Research Institute in Seattle and on the national task force, said a genetic test added to her feeling that a “Black/non-Black” option in an equation was a charade.

“In fact, I am not predominantly of African ancestry. I’m 25% Native American. I’m Swedish and English and French,” said Roberts. “But I am also 48% from countries that are on the continent of Africa.”

The Black/non-Black question also doesn’t make sense to Delgado, the University of California nephrologist. “I would probably for some people qualify as being non-Black,” said Delgado, who is Puerto Rican. “But for others, I would qualify as Black.”

So, theoretically, if Delgado were to visit two doctors on the same day, and they guessed her race instead of asking, she could come away with two different readings of how well her kidneys are working.

But in the U.S., Levey and other researchers seeking to replace the race option with physical measurements, such as height and weight, hit a dead end.

To Crews, the Johns Hopkins nephrologist who is also on the national taskforce, the focus on one equation is myopic. The algorithm suggests that something about Black people’s bodies affects their kidneys. Crews thinks that’s the wrong approach to addressing disparities: The issue is not what’s unique about the inner workings of Black bodies, but instead what’s going on around them.

Systemic health disparities help explain why Black patients have unusually high rates of kidney failure, since communities of color have less access to regular primary care. One of the most serious consequences of poorly controlled diabetes and hypertension is failure of the organ. 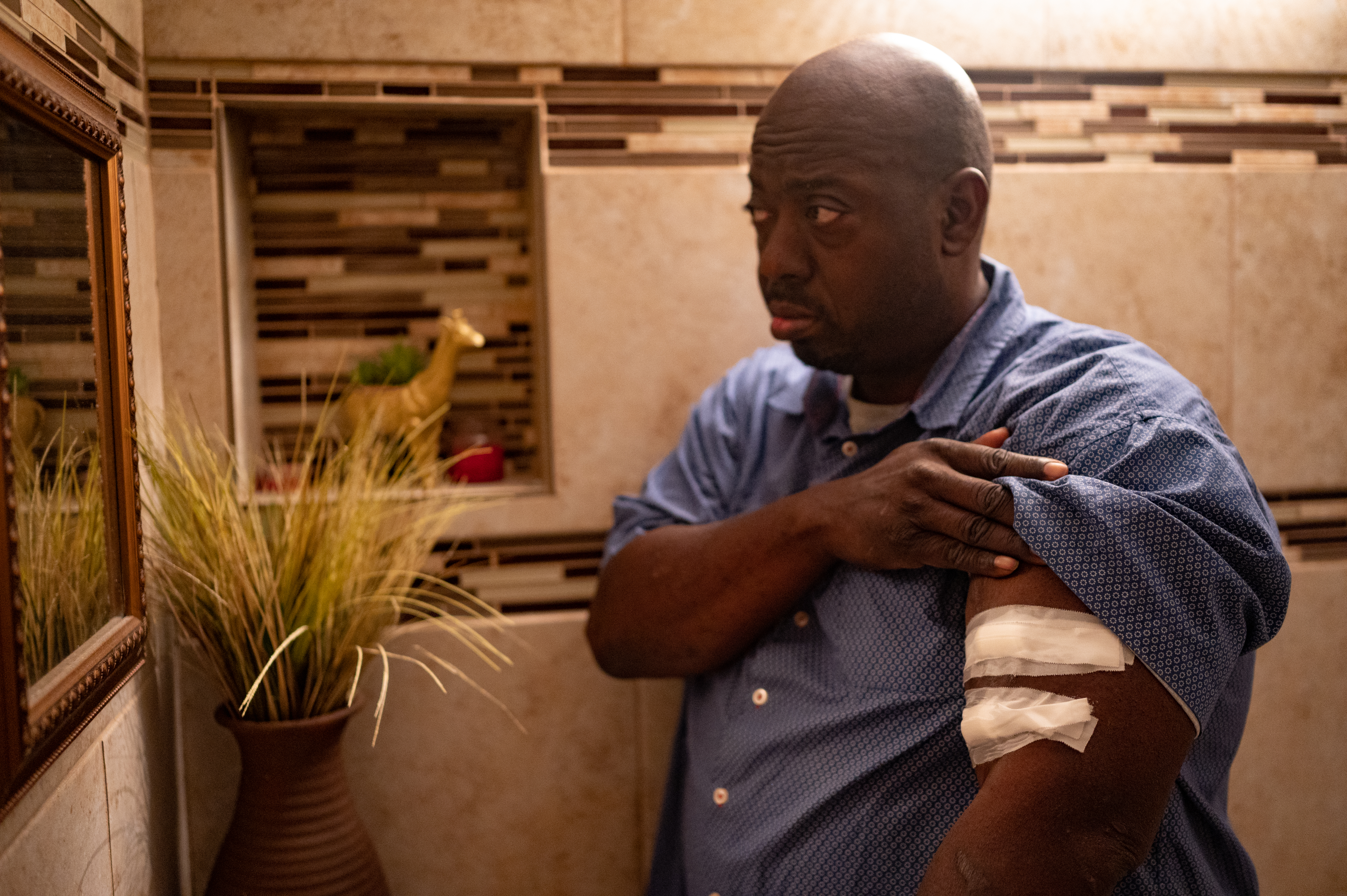 Direct discrimination — intentional or not — from providers may also affect outcomes, said Roberts. She recalled a social worker categorizing her as unable to afford the post-transplant drugs required to keep a transplanted organ healthy, which could have delayed her getting a new organ. Roberts has held executive roles at several multimillion-dollar companies.

Delgado and Levey agree that removing race from the formula might feel better on the surface, but it isn’t clear the move would actually help people.

Studies recently published in the Journal of the American Medical Association and the Journal of the American Society of Nephrology noted that removing the race factor could lead to some Black patients being disqualified from using beneficial medications because their kidneys might appear unable to handle them. It could also disqualify some Black people from donating a kidney.

“Fiddling with the algorithms is an imperfect way to achieve equity,” Levey said.

As researchers debate the math problem and broader societal ones, patients such as Harried, the St. Louis minister and security guard, are still stuck navigating dialysis.

“One of things that keeps me going is knowing that soon they may call me for a kidney,” Harried said.

He doesn’t know how long his name will be on the transplant waitlist — or whether the race coefficient has prolonged the wait — but he keeps a hospital bag under his bed to be ready.

Tags: experts, it’s, kidney, race, remove, time
Share This Post
Have your say!
00
Previous Article‘The Mod Squad’ Actor Clarence Williams III Dead at 81Next ArticleLayton Greene Shows Off Her God Given Talent
You May Also Like