Damon Diessner tried for years to slim down from his weight of more than 400 pounds, partly because his size embarrassed his wife but even more because his doctors told him he was at risk of developing Type 2 diabetes. His hemoglobin A1c level, a blood sugar marker, was 6.3%, just below the diabetes range of 6.5%.

Then, two years ago, one of his doctors helped get him into a YMCA-run Diabetes Prevention Program not far from his home in Redmond, Washington. The group classes, at first held in person and then via Zoom during the covid-19 pandemic, were led by a lifestyle coach. He learned how to eat better, exercise more and maintain a healthier lifestyle overall. He now weighs 205 pounds, with an A1c level of 4.8%, which is in the normal range.

“This has been a life-changing program,” said Diessner, 68, an environmental consultant. “My cardiologist said you have clearly beaten diabetes. I tell everyone who has blood sugar issues or just wants to lose weight that this is the thing to do.”

Over the past decade, tens of thousands of American adults of all ages have taken these diabetes prevention classes with personalized coaching at YMCAs, hospitals, community health centers and other sites. But out of an estimated 16 million Medicare beneficiaries whose excess weight and risky A1c level make them eligible, only 3,600 have participated since Medicare began covering the two-year Medicare Diabetes Prevention Program (MDPP) in 2018, according to the federal government’s Centers for Medicare & Medicaid Services (CMS).

Researchers and people who run diabetes prevention efforts said participation is low because of the way Medicare has set up the program. It pays program providers too little: a maximum of $704 per participant, and usually much less, for dozens of classes over two years. It also imposes cumbersome billing rules, doesn’t adequately publicize the programs and requires in-person classes with no online options, except during the pandemic emergency period. Most of the private Medicare Advantage plans haven’t promoted the program to their members.

Now, CMS has proposed to address some but not all of those problems in a rule change. It predicted the changes would reduce the incidence of diabetes in the Medicare population and potentially cut federal spending to treat diabetes-related conditions. 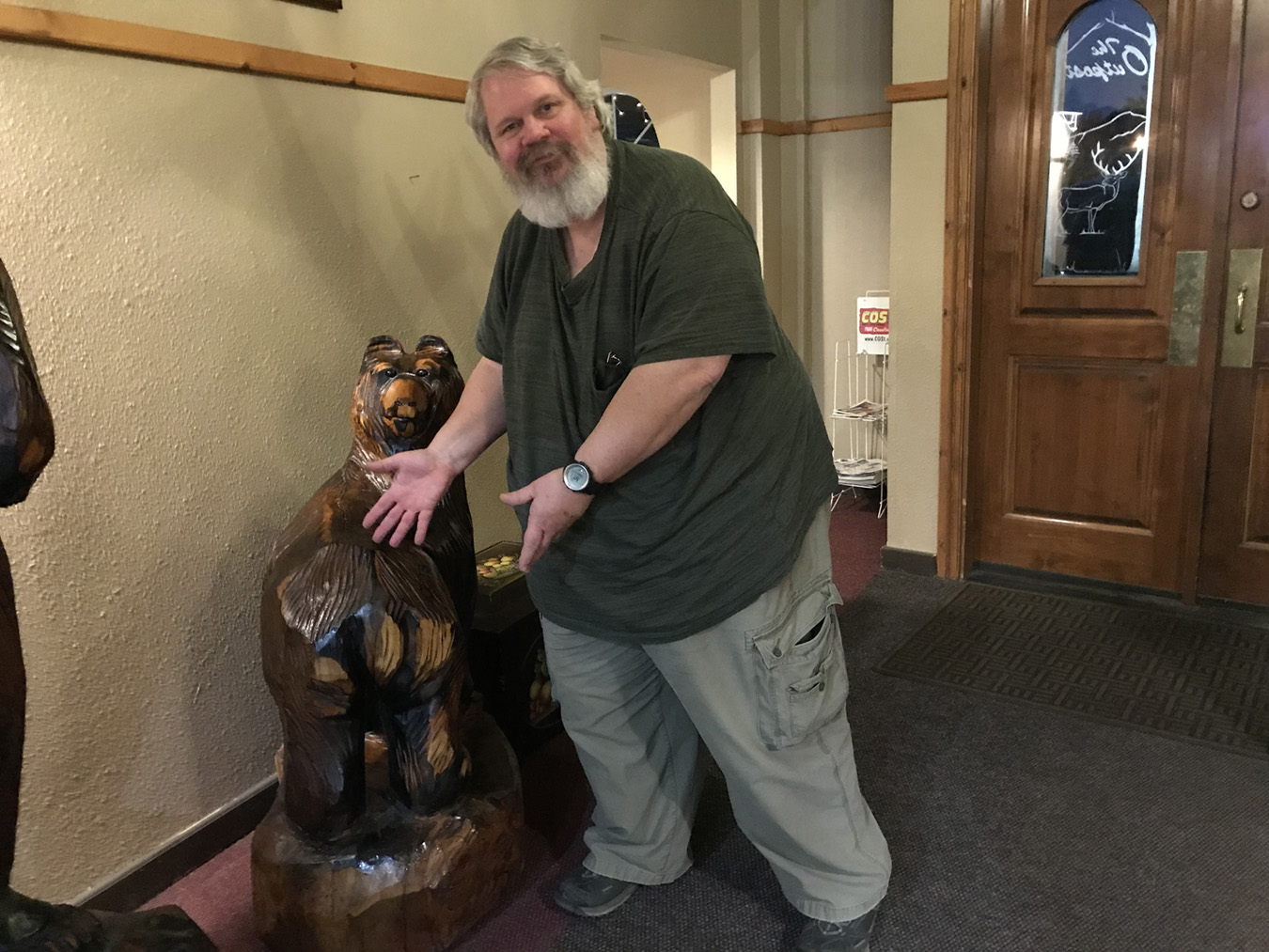 On July 13, the agency proposed shortening the program to one year, starting in 2022, because providers complain that too few beneficiaries complete the second year. That and other changes proposed by Medicare would modestly enhance reimbursement to providers. The government is also planning to waive a one-time $599 fee that groups offering the classes must pay Medicare to be part of its program. CMS said the rule changes would make it easier and more attractive for MDPP providers, including YMCAs and other local community organizations, to participate.

While providers have welcomed the proposed revisions as marginally helpful, they criticized CMS for not letting them provide classes and counseling to Medicare beneficiaries through online methods including apps, videoconferencing and texting. Many health insurers covering people under age 65 offer similar diabetes classes online, and they claim success rates comparable to in-person classes.

“The proposed rule changes should have the intended effect on increasing access for Medicare members,” said Dr. Liz Joy, senior medical director for wellness and nutrition at Intermountain Healthcare in Salt Lake City. It offered in-person classes at many of its hospitals but switched to online classes during the pandemic. “Virtual access would improve access and reduce disparities for people who have barriers such as transportation and distance,” Joy said.

A bipartisan bill in the House and Senate, the Prevent Diabetes Act, would let virtual providers certified by the Centers for Disease Control and Prevention participate in the Medicare Diabetes Prevention Program. The bill’s sponsors say virtual programs are needed to better serve lower-income, minority and rural Americans.

The diabetes prevention initiative is just one of several programs that have been found effective in reducing or treating chronic medical conditions but have been underused due to the U.S. health care system’s lack of focus on disease prevention. For instance, Medicare’s coverage of personal nutrition counseling for people with diabetes or kidney disease is used by fewer than 1% of the 15 million beneficiaries with those conditions. Insurers, hospitals, and doctors lack adequate financial incentives to offer preventive services.

“Patients might change providers next year, so why would a company invest in prevention if they don’t know that they’ll reap the benefits?” said Maria Alva, an assistant research professor at Georgetown University who has studied the MDPP. “And doctors are paid more for prescribing diabetes drugs than taking the time to recommend the diabetes prevention program.”

CMS started paying for the diabetes prevention program in 2018, following studies showing its effectiveness in helping overweight, prediabetic beneficiaries lose nearly 5% of their body weight, which can cut the risk of developing diabetes by 71%. The agency had estimated that the program would save Medicare $182 million over 10 years by reducing diabetes. CMS had projected that 110,000 beneficiaries would enroll.

An evaluation of the program by the research group RTI International published in March found there aren’t enough enrollees to determine whether participation improves health outcomes or lowers Medicare costs. With about 200 organizations providing MDPP classes at 762 sites around the country, CMS needs to prioritize signing up more providers, RTI said. Nationwide, about 1,900 organizations are certified by the CDC to offer diabetes prevention classes, but only a small percentage choose to participate in Medicare.

A key factor limiting providers’ participation up to now is that CMS has tied a bonus payment to beneficiaries’ losing at least 5% of their body weight, which only a minority of participants achieve. But studies show that weight loss of just 2% to 3% can significantly reduce A1c levels and the associated risk of developing diabetes.

In contrast, the CDC recently updated its certification standards for Diabetes Prevention Programs to include two alternative measures for successful completion of the program — a 0.2% decrease in hemoglobin A1c levels, or a 4% weight loss combined with at least 150 minutes a week of physical activity.

Researchers and providers say that payment model hurts organizations that serve low-income and minority groups, whose members are less likely for a variety of reasons to attend all the sessions and achieve 5% weight loss but who still can benefit from the program. Even without the penalty for not hitting the 5% target, Medicare’s payment rate doesn’t come close to covering the cost of running in-person classes, experts say.

“Five percent is a stretch goal, and 9% is laughable,” said Dr. Amanda Parsons, who previously headed the MDPP program at Montefiore Health System in New York City, which serves mostly low-income Black and Hispanic beneficiaries. “I want to know how many folks are coming anywhere close to achieving that.”

Asked to comment, CMS said CDC standards require providers to meet performance targets but did not explain why it didn’t adopt the CDC’s alternative success measures. On the issue of online classes, CMS said MDPP was originally intended to provide primarily in-person services.

Diessner, who far exceeded the 5% weight loss goal, said he was inspired to get into MDPP by watching his young grandson’s brave efforts to cope with Type 1 diabetes. Despite Diessner’s determination, his doctor had to lobby YMCA staff members over several months to get him a slot, because the few available classes were full. He was shocked when told the low number of participants nationally.

“I see lots of people out in the street who could use help with this,” he said. “The idea that so few people are taking advantage of it is a travesty.”

Newsom Wants to Spend Millions on the Health of Low-Income Mothers and Their Babies
June 3, 2021

Mayweather vs Paul: A Boring And Bad Fight Made Mayweather Millions; $30 Million From His Trunks Alone
June 8, 2021

Black-Owned Banks Are Receiving Millions In Capital Due To The Black Lives Matter Movement
June 11, 2021